Discussion on renting movies on Redbox

You are not connected. Please login or register

What happened to FatWallet

What happened to FatWallet

Tim Storm, the founder of FatWallet, recently posted that FatWallet was closing down. Although Tim has not been associated with FatWallet since he sold the site 6 years ago, FatWallet admins have confirmed the news as much as they can.

Recent post by Tim Storm on Facebook (Wed 9/20 10:36 am).
I heard the news today... oh boy.
When I sold FatWallet in 2011, I told myself that I sold the right to complain about whatever happened after that.
I’m immensely proud of what we built - and sad to hear that it will be shutting down very very soon.
I’ve not been involved at all in the last 6 years, but my heart is with everyone that played a part, either with me, or after me.
It was a hell of a ride.

Fatwallet was sold to Ebates in 2011, at the same time as Anycoupons, and later merged with Ebates to form a new company called Performance Marketing Brands. Former owner and founder Tim Storm stayed on as a strategic advisor for the new company. FatWallet's parent company, Ebates Inc. was sold to Rakuten, as announced September 9, 2014. FatWallet was wholly sold during the transaction.
mulox 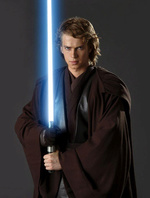 Indeed it is a sad day for Fatwallet...
barbeque

Here is the official statement from Fatwallet:
It's never easy to say good bye. We’re announcing the end of the road for FatWallet - the community will be closing the doors for good very soon. We don't have a definite time frame, but if there are relationships you wish to continue outside of FatWallet, we encourage you to reach out to those friends as soon as you can.

We’ve built some great relationships with you all in the last 18 years or so, and we’re going to miss you all.

A few tips before the lights go out: If there are any threads you want to save to reference after the forums no longer exist, the easiest way to do this is by clicking the “Text Only” link. A new window will open up. At the top of this screen is a print option. You can then print the thread as an .xps document to use at your leisure.

You can also save your private messages. In the top right corner of your private message, click the download message. Follow the prompts after that to save those messages. Additionally, we strongly encourage you to submit a payment request if you still have an outstanding Cash Back Balance. Cash Back Payment operations will continue after the rest of the site shuts down, but we want to make sure you get your Cash Back that you earned over the years.

Thanks for being a part of FatWallet. We wish you all the best of luck with your future endeavors.
mulox

I think the real reason Rakuten is killing FW is obvious... they are a retailer first, trying to compete head on with Amazon.
So why would they want to continue supporting a site that shares thousands of deals that are not on their site, sending potential customers to their competition??
This is exactly why the site cannot be sold off (at any price).... yes I asked. They want to be sure it's killed off permanently, and just bury it.
barbeque

I agree that it didn't meet Rakuten's goals. The closure of FW could be anticipated when they tried to move traffic to ebates by removing fatcash. But ebates also moves traffic to other sites other than Rakuten, so by this same notion, ebates days might be numbered as well.

I never really understood why Rakuten bought ebates/FW. While I didn't think it would work, at the time I thought they might try to incorporate both into Rakuten to create some sort of marketplace and community to compete in Amazon. That never happened, so it is a mystery as to what Rakuten thought the plans were.
mulox

Oh I guarantee you Ebates is on the chopping block... mark my words they will be gone within a year.
The reason Rakuten bought them is simple.... market research. Gather data on the price wars and find out where they are losing to get the intel they need to attack the market.
Just think about what kind of data they would have access to and what they could do with it! After they do that for a couple of years, they will have gained all the intel they need to create a new strategy.
That's when Ebates will be killed off...

Bottomline, sites like FW and Ebates don't generate enough revenue to support themselves, let alone justify why someone like Rakuten, Newegg, or other player would want to buy them for any other purpose...
barbeque

It's never easy to say goodbye.


Thank you for shopping FatWallet. With sadness, we must inform you that we will be closing our site on Monday October 9th. For over 17 years, it has been our absolute pleasure to help millions of deal hunters like you save money, and we're grateful for your business. While the FatWallet site won't be around anymore, we'll still be helping you find discounts and earn cash back on things you buy every day at our sister site, Ebates.com. It's free to join, so check it out — we know you'll love it.

Please immediately request payment for your remaining Cash Back balance. FatWallet's Cash Back program ended May 10, 2016. In accordance with our Terms & Conditions maintenance fees began on June 1, 2017 for any Cash Back balance remaining in an inactive account. If you have not requested payment, FatWallet will deduct an account maintenance fee of $2.00 a month until you have requested payment or your account balance is zero.
Sponsored content